Laws for working women in India 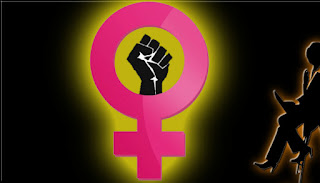 Contrary to common perception, a large percentage of women in India are working and participating in nation building. While workplaces have almost become second home to most of us so are the complexities that arise with it. In these changing and liberating times every working woman in India must be aware of various benefiting laws. A few of them have been enlisted below.
Sexual Harassment of Women at Workplace (Prevention, Prohibition and Redressal) Act, 2013

eAdvent of this act is a true milestone in making working women feel empowered and secured. Sexual Harassment at the Workplace has remained one of the central concerns of the women's movement in India. The Act defines sexual harassment at the work place and creates a mechanism for redressal of complaints. Workplace has been defined include organisations, department, office, branch unit etc. in the public and private sector, organized and unorganized, hospitals, nursing homes, educational institutions, sports institutes, stadiums, sports complex and any place visited by the employee during the course of employment including the transportation. Even non-traditional workplaces which involve tele-commuting also get covered under this law.It also provides safeguards against false or malicious charges and also curbs the devil of hostile work environment.
Shop and Commercial Establishment Legislations

Shops and Commercial Establishments which includes any premises wherein any business, trade or profession is carried on for profit , and includes journalistic or printing establishment and premises in which business of banking, insurance , stocks and shares , brokerage or produce exchange is carried on or which is used as hotel , restaurant , boarding or eating-house, theatre , cinema or other place of public entertainment are governed by state specific Shops and Commercials Establishment legislations.

It strictly prohibits any women to work whether as an employee or otherwise in any establishment during night except in certain establishment or with specific permissions and exemption duly taken by the employer.

Every woman employed in an establishment who has been continuously employed in that establishment or in establishments belonging to the employer of that establishment for a period of not less than six months preceding the date of her delivery shall be entitled to receive, and the employer shall be liable to make to her, a payment of a maternity benefit which shall be prescribed by the Government for every day during the six weeks immediately preceding and including the day of her delivery and for each day of the six weeks following her delivery.
Constitution of India
It is the guiding light for women centric and other related legislations that protect women in workplace. It encompasses in itself such provisions mainly by way of fundamental rights. It promotes equality of gender and at the same time urges the state to provide protection to those sectors that are vulnerable.
The Maternity Benefits Act, 1961

It is applicable to to every establishment being a factory, mine or plantation and to every establishment wherein persons are employed for the exhibition of equestrian, acrobatic and other performances. It provides 12 weeks of paid leaves as the maximum period for maternity benefit. This benefit as 6 weeks up to and including the day of her delivery and 6 weeks immediately following the day of delivery can be claimed by every working woman.

A woman who is expecting a child and has worked for her employer should have worked for at least 80 days in the 12 months immediately preceding the date of her expected delivery.
Employees’ State Insurance Act, 1948

It has been enacted with the objective of securing financial relief in cases of sickness, maternity, disablement and for providing medical benefits to employees of factories and establishments, and their dependents. Wage ceiling for this act is Rs 10,000 per month, wherein various maternity benefits upto 70% of salary can be claimed for the maternity period. Employers are prohibited from dismissing, discharging, or otherwise punish an employee, during the period when the employee is in receipt of maternity benefit.

Under this Act payment should be made before the 7th day of a month where the number of workers is less than 1000 and 10th day otherwise. The wage-period shall not exceed 1 month.
Equal Remuneration Act, 1976.

It provides for payment of equal remuneration to men and women workers for the same work or work of similar nature and for the prevention of discrimination on grounds of sex. It also ensures that there will be no discrimination against recruitment of women and provides for the setting up of Advisory committees to promote employment Opportunities for women.

February 08, 2018
India’s cryptocurrency trading volumes have been on the rise. While there are no official figures, as  per experts there are at least five million active traders in India, transacting via regulated banking channels. With India’s leading cryptocurrency exchanges such as Zebpay, Unocoin, Coinsecure, Coinome and Bitxoxo among others reporting a marked increase in user interest every day the question is gaining lot of momentum if the cryptocurrency is legal in India or not. The situation further becomes complex with the global situation with respect to it. While China has blocked crypto exchanges, U.S. banks are steadily declining cryptocurrency purchases. Meanwhile, Indian finance minister Arun Jaitley, during the national finance budget, stated that the country does not recognize Bitcoin as legal tender and steps would be taken to penalize crypto payments. What  are the official communications and stand of RBI ( Reserve Bank of India) on Cryptocurrency As on date no specif
Post a comment
Read more

November 07, 2017
The moment you wish to pursue a serious business relationship you are requested to sign a Non Disclosure Agreement more commonly known as an ‘NDA’. It is  also known as a confidentiality agreement (CA), confidential disclosure agreement (CDA), proprietary information agreement (PIA), or secrecy agreement (SA) . In fact it is one of the most common pieces of document that you may come across in your business transactions.  Be it as an employee, an investor, a start-up founder, or a professional an NDA is the starting point of sharing substantial information in a business relation. In today’s world of complex transactions it becomes all more important to keep a tab on the rights you hold over the information that you share. With the advent of superior analytics and technology data has become the new gold and so is the value and liability with respect to it. Most common kind of information that people intend to secure in any such NDA is the client or customer data etc. What is
Post a comment
Read more