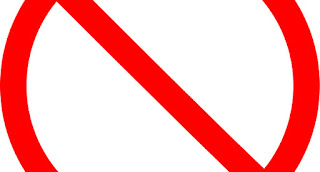 With expansion of technology as well as diversification of business transaction(s), the competition has also increased and so has the consideration of terms of agreements for keeping the business interests of parties secured.

Typically, non-solicitation and non-competition (or non-compete) clauses are found in employment and staffing agreements.However they are gaining relevancy in diversified transactions. Majority of the times (but not necessarily) they are specified under one or succeeding sections.

Both terms altogether have different applicability. The difference between both lies in the scope of what they prohibit or restrict.

While a non-solicit restricts, restrains or prohibits the employee or vendor or a obligated contracting party (in a transaction) from contacting whether directly or indirectly the employer or other party’s past, present (or sometimes prospective) customers, vendors, clients or employees as is specified in the non-solicitation clause.

A non-compete on the other hand prohibits current and former employees, vendors , sub-contractors or current or previous business owners as the case may be from engaging in the same business or industry as the other party. The Prohibition is typically limited by time and geographical area, which should be reasonable for such clause to be legally enforceable.

As such whilst the non-compete is an absolute prohibition on the contracting obligated party from engaging in a similar industry or business, the non- solicitation clause allows the other party to engage in the same industry or business but the employee must not engage in such business with the employer’s customers or vendors. Other interpretation depending upon the wordings of the related term and with respect to Vendors or Subcontractor transactions would intend to restrict a party from poaching employees of one party for a fixed term of time, while working in the same industry.

Furthermore, reasonableness is usually the primary test for enforceability of these provisions.

Thus while drafting Non-Compete and Non-Solicitation provisions, the consideration of applicable law and related test of reasonableness must be analyzed for making these provisions effective and enforceable. Besides descriptive provisions pertaining to Non Solicitation and Non Compete would make them effectively enforceable.

February 08, 2018
India’s cryptocurrency trading volumes have been on the rise. While there are no official figures, as  per experts there are at least five million active traders in India, transacting via regulated banking channels. With India’s leading cryptocurrency exchanges such as Zebpay, Unocoin, Coinsecure, Coinome and Bitxoxo among others reporting a marked increase in user interest every day the question is gaining lot of momentum if the cryptocurrency is legal in India or not. The situation further becomes complex with the global situation with respect to it. While China has blocked crypto exchanges, U.S. banks are steadily declining cryptocurrency purchases. Meanwhile, Indian finance minister Arun Jaitley, during the national finance budget, stated that the country does not recognize Bitcoin as legal tender and steps would be taken to penalize crypto payments.
What  are the official communications and stand of RBI ( Reserve Bank of India) on Cryptocurrency As on date no specific framework …
Post a comment
Read more

November 07, 2017
The moment you wish to pursue a serious business relationship you are requested to sign a Non Disclosure Agreement more commonly known as an ‘NDA’. It is also known as a confidentiality agreement (CA), confidential disclosure agreement (CDA), proprietary information agreement (PIA), or secrecy agreement (SA). In fact it is one of the most common pieces of document that you may come across in your business transactions.  Be it as an employee, an investor, a start-up founder, or a professional an NDA is the starting point of sharing substantial information in a business relation. In today’s world of complex transactions it becomes all more important to keep a tab on the rights you hold over the information that you share. With the advent of superior analytics and technology data has become the new gold and so is the value and liability with respect to it. Most common kind of information that people intend to secure in any such NDA is the client or customer data etc. What is an NDA? It is…
Post a comment
Read more