Top legal issues related to use of social media-internet 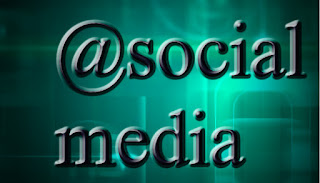 The trends and facts

As per a report published in Tech Crunch India Will Have 500 Million Internet Users By 2017. Going by the statistics of various social media platforms like Facebook, Twitter, Linkedin and Pinterest etc. legal exposure seems to increase every second for internet users. The infographic below covers all the latest Social Media facts, figures, numbers and statistics of 2014. Some of the mind-blowing facts are mentioned here:
1) Global Active Internet Users now totals 3.175 Billion, that’s nearly half of the world’s population (7.357 Billion).
2) As for Social Media, there are over 2.206 Billion active users, a global penetration of 30%.
3) There are 3.734 Billion Unique Mobile Users as of this quarter, accounting for a 51% worldwide penetration.
4) 1.925 Billion users utilise their mobiles for Social Media platforms.
5) Social Media users have risen by 176 Million in the last year.
6) 365 Million active mobile social users have been added over the same time span, an incredible total growth of 541 Million.
7) Facebook adds ½ million new users every day; 6 new profiles every second. An ever-expanding market worth tapping into.
8) Mobile users constitute half of the world’s population, and 2 million smart phones are sold worldwide every single day.
9) 12 new active mobile social users are added every second, that’s 1 Million per day.
10)  WhatsApp has gained 300 Million new users since this time last year (August 2014), a year on year growth of 60%.

With such promising trends one thing seems very clear and substantially established, that internet is here to stay. Steep rise in smart phones and mobile internet users further supports this trend. As a user you might be well aware –read about features and functionality of all such social media /internet platforms that you use. But have you ever thought about how many legal rights and responsibilities you exercise with every click you make over internet or how much legal exposure you might attract with a very basic and ignorant act of yours. Such exposure to liabilities could be beyond your imaginations.
Based on general trends of internet usage following are some of the legal issues that a user may face:
To conclude, social networking and internet is a very powerful and strong platform providing new set of tools which individuals, professionals and companies can use to their fullest utility, but as always, there are exposures. However with right set of policies implemented and proactive legal guidance platform of social media and internet can be used in most effective manner with minimal exposure.

February 08, 2018
India’s cryptocurrency trading volumes have been on the rise. While there are no official figures, as  per experts there are at least five million active traders in India, transacting via regulated banking channels. With India’s leading cryptocurrency exchanges such as Zebpay, Unocoin, Coinsecure, Coinome and Bitxoxo among others reporting a marked increase in user interest every day the question is gaining lot of momentum if the cryptocurrency is legal in India or not. The situation further becomes complex with the global situation with respect to it. While China has blocked crypto exchanges, U.S. banks are steadily declining cryptocurrency purchases. Meanwhile, Indian finance minister Arun Jaitley, during the national finance budget, stated that the country does not recognize Bitcoin as legal tender and steps would be taken to penalize crypto payments.
What  are the official communications and stand of RBI ( Reserve Bank of India) on Cryptocurrency As on date no specific framework …
Post a comment
Read more

November 07, 2017
The moment you wish to pursue a serious business relationship you are requested to sign a Non Disclosure Agreement more commonly known as an ‘NDA’. It is also known as a confidentiality agreement (CA), confidential disclosure agreement (CDA), proprietary information agreement (PIA), or secrecy agreement (SA). In fact it is one of the most common pieces of document that you may come across in your business transactions.  Be it as an employee, an investor, a start-up founder, or a professional an NDA is the starting point of sharing substantial information in a business relation. In today’s world of complex transactions it becomes all more important to keep a tab on the rights you hold over the information that you share. With the advent of superior analytics and technology data has become the new gold and so is the value and liability with respect to it. Most common kind of information that people intend to secure in any such NDA is the client or customer data etc. What is an NDA? It is…
Post a comment
Read more