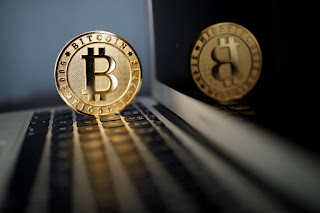 India’s cryptocurrency trading volumes have been on the rise. While there are no official figures, as  per experts there are at least five million active traders in India, transacting via regulated banking channels.
With India’s leading cryptocurrency exchanges such as Zebpay, Unocoin, Coinsecure, Coinome and Bitxoxo among others reporting a marked increase in user interest every day the question is gaining lot of momentum if the cryptocurrency is legal in India or not.
The situation further becomes complex with the global situation with respect to it. While China has blocked crypto exchanges, U.S. banks are steadily declining cryptocurrency purchases. Meanwhile, Indian finance minister Arun Jaitley, during the national finance budget, stated that the country does not recognize Bitcoin as legal tender and steps would be taken to penalize crypto payments.

What  are the official communications and stand of RBI ( Reserve Bank of India) on Cryptocurrency
As on date no specific framework exist for  the VC , as the govt doesn’t consider it as a legal tender and that although there is no legal bar or impediment to trading in Bitcoins in India at the moment, the Reserve Bank of India (RBI) has issued a press release no. 2013-2014/1261 dated 24th December 2013 whereby it has stated that "The creation, trading or usage of VCs including Bitcoins, as a medium for payment are not authorised by any central bank or monetary authority. No regulatory approvals, registration or authorisation is stated to have been obtained by the entities concerned for carrying on such activities. As such, they may pose several risks to their users". The press release further states that the RBI is still "examining the issues associated with the usage, holding and trading of VCs under the extant legal and regulatory framework of the country". The full text of the said press release can be found at http://rbi.org.in/scripts/BS_PressReleaseDisplay.aspx?prid=30247.
Thereafter  there were other notifications as late as in Dec 2017 of the RBI   which states as under :
Attention of members of public is drawn to the Press Release issued by the Reserve Bank of India (RBI) on December 24, 2013, cautioning users, holders and traders of Virtual Currencies (VCs) including Bitcoins regarding the potential economic, financial, operational, legal, customer protection and security related risks associated in dealing with such VCs.
Vide press release dated February 1, 2017, RBI has also clarified that it has not given any licence/authorisation to any entity/company to operate such schemes or deal with Bitcoin or any VC.In the wake of significant spurt in the valuation of many VCs and rapid growth in Initial Coin Offerings (ICOs), RBI reiterates the concerns conveyed in the earlier press releases.

November 07, 2017
The moment you wish to pursue a serious business relationship you are requested to sign a Non Disclosure Agreement more commonly known as an ‘NDA’. It is also known as a confidentiality agreement (CA), confidential disclosure agreement (CDA), proprietary information agreement (PIA), or secrecy agreement (SA). In fact it is one of the most common pieces of document that you may come across in your business transactions.  Be it as an employee, an investor, a start-up founder, or a professional an NDA is the starting point of sharing substantial information in a business relation. In today’s world of complex transactions it becomes all more important to keep a tab on the rights you hold over the information that you share. With the advent of superior analytics and technology data has become the new gold and so is the value and liability with respect to it. Most common kind of information that people intend to secure in any such NDA is the client or customer data etc. What is an NDA? It is…
Post a Comment
Read more